The retail concept has clearly hit the right spot… the small, organic vegetables sold loose under the catchy name of ‘Little & Fresh’ have proved so popular with consumers in an initial pilot by Dutch supermarket chain Jumbo that the retailer will be rolling out the pilot to 15 of its stores in 2020.

In particular the open and transparent collaboration between all the chain partners has been hugely inspiring, according to Harm-Jan Eikelenboom, Marketing Manager at The Greenery, and Peter Polak, Purchasing Manager at Naturelle. Eikelenboom briefly outlines how Little & Fresh came about: “The idea originated with organic grower Adri Jonkers, who was keen to prevent waste by growing smaller vegetables. Rijk Zwaan helped him to find – and subsequently produce – suitable vegetable varieties. Needless to say, Adri also contacted Naturelle, which is the organic branch of The Greenery. We worked together with Rijk Zwaan to conduct desk research and also consumer research. Our findings were positive, and we immediately received an enthusiastic response when we presented them to Jumbo. We then went in search of some additional organic growers, and in July 2019 the retailer launched Little & Fresh for the very first time in its newly opened Jumbo Foodmarkt store in Leidschendam.”

Shoppers immediately embraced the little organic vegetables, which were available in a varying range of around six different vegetable types. The smaller-sized cucumbers, aubergines, courgettes and peppers did well, as did cauliflowers, broccoli and fennel.

Eikelenboom was not surprised by the success of the idea: “After all, the concept capitalises on a number of trends. Consumers are keen to eat healthily plus they don’t like wasting food, so these little vegetables are a great solution for households of just one or two people. And the fact that the vegetables have been produced organically appeals to the modern-day consumer. Besides that, at Jumbo they were adamant that the vegetables should be sold loose, and we immediately agreed with them. It means that Little & Fresh is also aligned with the societal trend of reducing plastic packaging.” 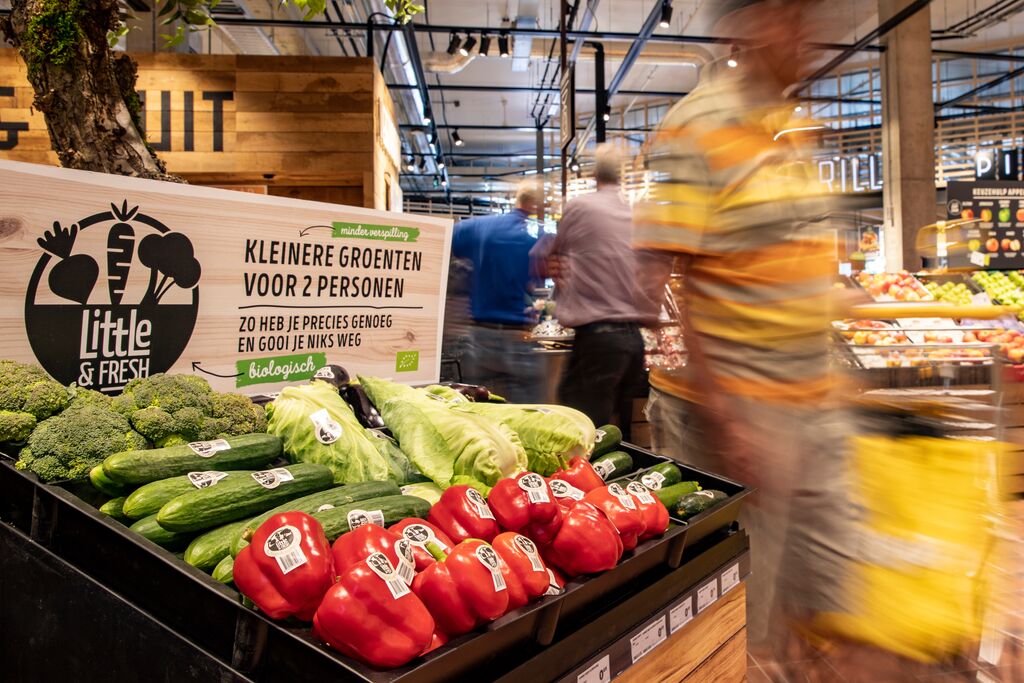 The combined enthusiasm of shoppers and Jumbo itself had a catalytic effect and the retailer scaled up the pilot earlier than planned. Peter Polak: “It’s a very rewarding project. You see immediate results from all your efforts. Whether you’re talking to Jumbo, the growers or Rijk Zwaan – everyone is enthusiastic. As a vegetable breeding company, Rijk Zwaan is an important sparring partner for us because it’s active in the same industry and knows the market and the growers. All the project partners are in frequent contact to maximise the team’s responsiveness. For example, we came into contact with two Spanish organic growers at Fruit Attraction in October. They immediately agreed to become involved, so we can now continue the concept throughout the winter by including products such as fruiting vegetables from Spain and cabbages grown in the Netherlands.”

From breeding to consumer

This winter Jumbo is offering Little & Fresh vegetables in a total of four supermarkets, including in its new stores in Belgium. The concept will be scaled up to 15 stores in the spring, says Eikelenboom: “Then we’ll be able to test which range is most successful even more reliably. For example, we’re keen to add lettuce in a kind of paper-based packaging. We’re continuously working with our partners to fine-tune the project in terms of varieties, production, logistics and presentation. In my view, this project is a blueprint for optimal chain collaboration, from breeding to consumer. Everyone puts the interests of the chain first, working openly and transparently. That’s very inspiring.”